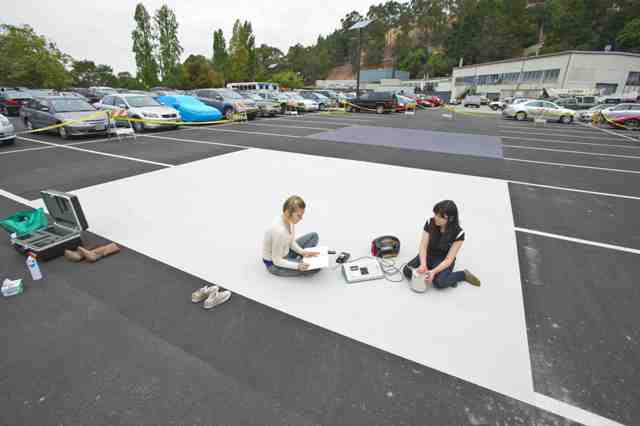 There is an increasing concern about reducing the impact of the urban heat island effect as cities become warmer with climate change. Buildings, parking, and pavements, by capturing and storing heat, can result in temperatures within cities being 6 degrees C warmer than the surrounding countryside.

In Los Angeles, addressing this heat intensity has become a priority, with the mayor pledging to reduce average city temperatures. To achieve this, the city is painting its pavements gray to reduce heat absorption. Initial results appear promising with tests indicating that temperature reductions of 6 degrees C could be achieved.